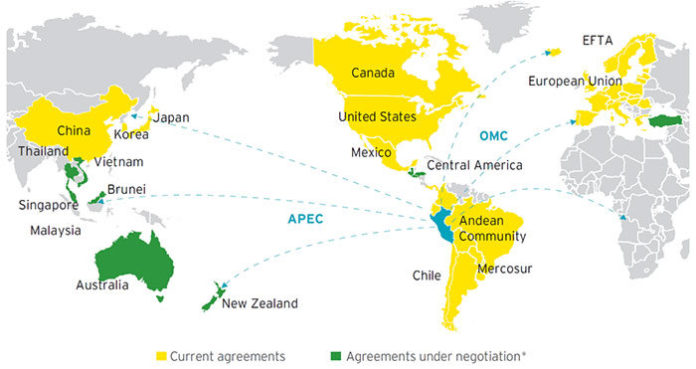 Who would win the US Presidential elections, is anyone’s guess.  While Hillary Clinton has mostly indicated a continuation of the current administration’s policy, Donald Trump has indicated that he would pursue a drastically different approach.  During the course of the last 15+ months, Donald Trump has made various statements on the campaign trail that may shed some light into his thinking…please appreciate that some of these positions may have changed completely, or evolved during that time.  We thought it prudent to compile and present his positions, so as to enable businesses to address and adapt to this scenario.

Comments on Jobs and Visas “H-1B program is neither high skilled nor immigration: these are temporary foreign workers, imported from abroad, for the explicit purpose of substituting for American workers at lower pay. I remain totally committed to eliminating rampant, widespread H-1B abuse and ending outrageous practices such as those that occurred at Disney in Florida when Americans were forced to train their foreign placements.”

Trump has also called for a raise to the H-1B wage, and for companies to be mandated to find talent within the US before it can hire foreigners.

Trump has, however subsequently changed his position, telling Fox’s Megyn Kelly in March that “I’m changing (the policy), and I’m softening the position because we have to have talented people in this country.” In a high-profile speech on energy policy in North Dakota on May 26, 2016, Trump attacked “draconian climate rules.” He advocated rescinding “all the job-destroying Obama executive actions, including the Climate Action Plan” and said he would “cancel the Paris Climate Agreement and stop all payments of U.S. tax dollars to U.N. global warming programs.”

Comments on Manufacturing and China “If (interest) rates go up, you’re going to see something that’s not pretty,” the billionaire businessman told Fox News during a Tuesday morning phone interview. “It’s all a big bubble.”

Worries that the Fed has created a market bubble have shadowed the second-longest bull market in history as the central bank has kept its key rate near zero and expanded its balance sheet by $3.8 trillion in order to pump liquidity into the financial system. “The Trans-Pacific Partnership is an attack on America’s business. It does not stop Japan’s currency manipulation. This is a bad deal,”

The U.S. government has been negotiating the Trans-Pacific Partnership (TPP) since 2009 with 11 other nations, including Japan, Australia, New Zealand, Malaysia, Chile, Canada and Mexico. “Wind turbines are not only killing millions of birds, they are killing the finances & environment of many countries & communities.”

Comments of Technology Leaders on Impact of US election “I don’t see our business getting impacted by the outcomes of the US elections (if the Republican Party’s Donald Trump wins) or due to the British move to begin their exit from the European Union from March, because technology investments will continue to take place as companies know the positive outcomes of that,” TCS chief N Chandrasekaran said while announcing the second quarter numbers.  “Maybe companies will delay their investments in technologies for a while, but they will continue to invest in technology and into the digital space,” he said. He, however, quickly added that “having said that let me explain that I don’t have any concrete idea as to how these events may impact these economies as well as the global economies on a macro level. If the impacts are negative as many fear, then definitely there we too will be hit. “But I have no indication as of now from my client interactions that they have any plans to stop investing in technologies,” the TCS chief said. ‘Political development in US to impact Infosys business’

“We are watching this very carefully, certainly this is a very important market for us,” Infosys Chairman R Seshasayee said at the company’s 35th Annual General Meeting here.

Responding to questions by shareholders on US election scene, he said, “Any development politically and economically will have a significant impact on the business of Infosys…”

Infosys, CEO Vishal Sikka said, “The US is a incredibly resilient and an incredibly strong economy, it is built on immigrants. I’m one of them. While there is rhetoric in the election season, I’m not particularly concerned about any large-scale impact.” Sikka himself is a US citizen.

“As I look around the world, I’m starting to see people and nations turning inward, against the idea of a connected world and a global community,” Zuckerberg said. “I hear fearful voices calling for building walls and distancing people they label as ‘others.’ I hear them calling for blocking free expression, for slowing immigration, for reducing trade, and in some cases even for cutting access to the Internet.”

Zuckerberg delivered his veiled public criticism of Trump just weeks after, as Gizmodo reported Friday, Facebook employees asked Zuckerberg, “What responsibility does Facebook have to help prevent President Trump in 2017?”

RPA – Robotic Process Automation – is the real threat to IT companies, not H1B visas

Uplabdhi Kamboj - February 25, 2020
0
For a long time, we have been witnessing the banking sector being transformed around new realms of...

Why Analytics in Banking Industry is important?